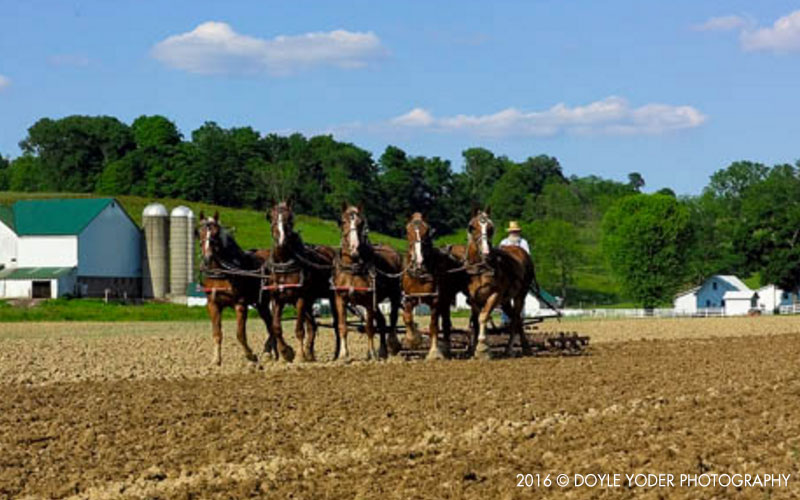 New Order Amish are often seen as one of the most progressive of Amish groups. Less traditional dress, neatly groomed beards and hair, and homes with telephones are just a few things that set them apart from their Old Order counterparts. They also allow rubber tires and sliding doors on their buggies and air-filled “balloon” tires on farm equipment. Although they don’t own vehicles, the New Order are allowed to travel by airplane unlike other Amish.

But it wasn’t material concerns that caused this group to break away from the main Old Order body in the 1960s. It began with a concern for spiritual renewal. In the 1940s, some ministers became burdened that their people could not understand the sermons, which were given in High German rather than in Pennsylvania Dutch, the common language of the people. To counter this, some began to hold Bible studies in Amish homes on the “off” Sunday, which came to be seen as “resistance” to the Old Order worldview.

Later, influenced by Mennonite evangelists in the 1950s, some church leaders began to hold youth meetings for Amish young people who wanted to know more about the way of salvation and its practical applications. In the ensuing years, the meetings became a source of serious contention among Old Order churches. But they were also symbolic for larger issues and doctrinal disagreements going on. Those who sought more spirituality were also opposed to smoking, bed courtship, and rumspringa found in the Old Order church. Finally in the 1960s, a formal split happened.

Today New Order continue to hold youth meetings once a week, have Sunday school on the “off” Sunday, and emphasize individual salvation and evangelical outreach. At the same time, they strive to maintain a simple lifestyle with an emphasis on brotherhood and discipleship. In fact, as some Old Order groups have become more progressive, the lines between the two groups have become weaker. For example, most New Order districts forbid the use of cell phones, while some Old Order groups accept them.

Perhaps the biggest difference between the two groups remains their approach to the concept of salvation. New Order dialogue freely about faith and practice, stressing the need for personal Bible study and devotional time. More extreme Old Order see this as individualistic and prideful, saying God alone knows whether one is saved and one’s salvation must be worked out in community.

Although New Order churches generally agree on doctrinal issues, there are variations among them. Most districts in Ohio do not accept electricity in the home, while those in other states do. In the late 1980s, a small spinoff group called New Order Christian Fellowship also began to allow cameras and tape players. New Order districts make up about three percent of Amish with 18 churches in Ohio and more than 40 churches in other states.