As the Amish and Mennonites settled into the new world, they faced many hardships.What made those early years so difficult for many settlers was the long distance from family, the clearing of land by hand, and making their way in a 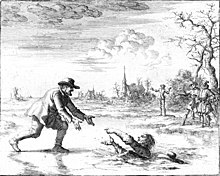 world that was so different from their past experiences. As they settled and their families and farms grew, they also faced other tests to their faith and lives. As we discussed last month, one such test was the Revolutionary War, which brought severe challenges to their nonresistant faith.

Some early Mennonite and Amish leaders saw these tests coming and worked hard at creating links to their history of faith. One such way was the effort to put into print the Martyr’s Mirror, and other material, which helped show the way for them. In the early 1740s, some Mennonite leaders sought a translator and printer in America for this valued book. They found a man named Peter Miller at the Ephrata Cloister in Ephrata, Pennsylvania, to do the task. Following the example of their founder Conrad Beissel, this group of Christians believed that they best way to live was in a communal setting. They developed a printing press, where Peter Miller worked.Under the direction of Miller, they translated the Martyr’s Mirror into English from the original Dutch, and in 1748-1749, printed this substantial book. 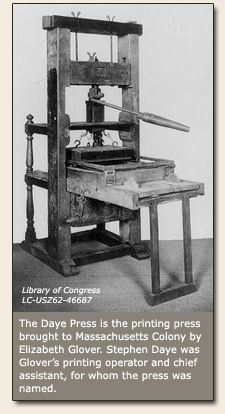 This was a significant effort, since this was the largest book printed in America prior to the American Revolution. The pages measured 8 ¾ inches wide by 13 ½ inches high. It did not have any pictures or woodcuts in it, both because it would have taken significantly longer to print and it also would have made the book more expensive. At that time, books were sold directly from the printer to the reader, and also sold unbound. The new owner would then take the book to a bookbinder, which bound it to the owner’s specifications. In all, historians believe that about thirteen hundred of these Martyr’s Mirror’s were printed.

While many were sold, there were at least three hundred remaining at the Cloister by the time of the Revolutionary War in 1776. Here is where the story of the Martyr’s Mirror takes a strange twist. In 1776, the war was going badly for the Americans.George Washington’s troops needed more resources than they could buy. In some cases, they seized what they needed with some vague promise of repayment later. One item that both armies needed was paper to use as wadding between the powder and shot in both their muskets and cannons. When the Americans heard about the paper at the Cloister, they seized about three hundred unbound copies of this book of martyrdom and faith. One can hardly imagine what they thought as they tore and wadded up the paper to shoot at their enemies. Did they read snatches of the stories before they stuffed them into the barrels of their weapons?

About 175 of these books were bought back by some concerned Mennonites. They were no longer complete, and some had duplicate pages added. They bound these redeemed books, and some were sold. The binding is unique and has distinctive features that make identifying these “Gun Wad” Martyr’s Mirror’s easier. There are very few in circulation in our present world. Earlier this summer at the Amish & Mennonite Heritage Center, we received the rare opportunity to acquire one of these books. In early fall, we will put this book in a special display so that we can tell the community and the world the story of how a book of martyrs played a role in America’s war for independence. In addition, we have several of the full 1748-49 Ephrata Cloister Martyr’s Mirror’s on display as well. 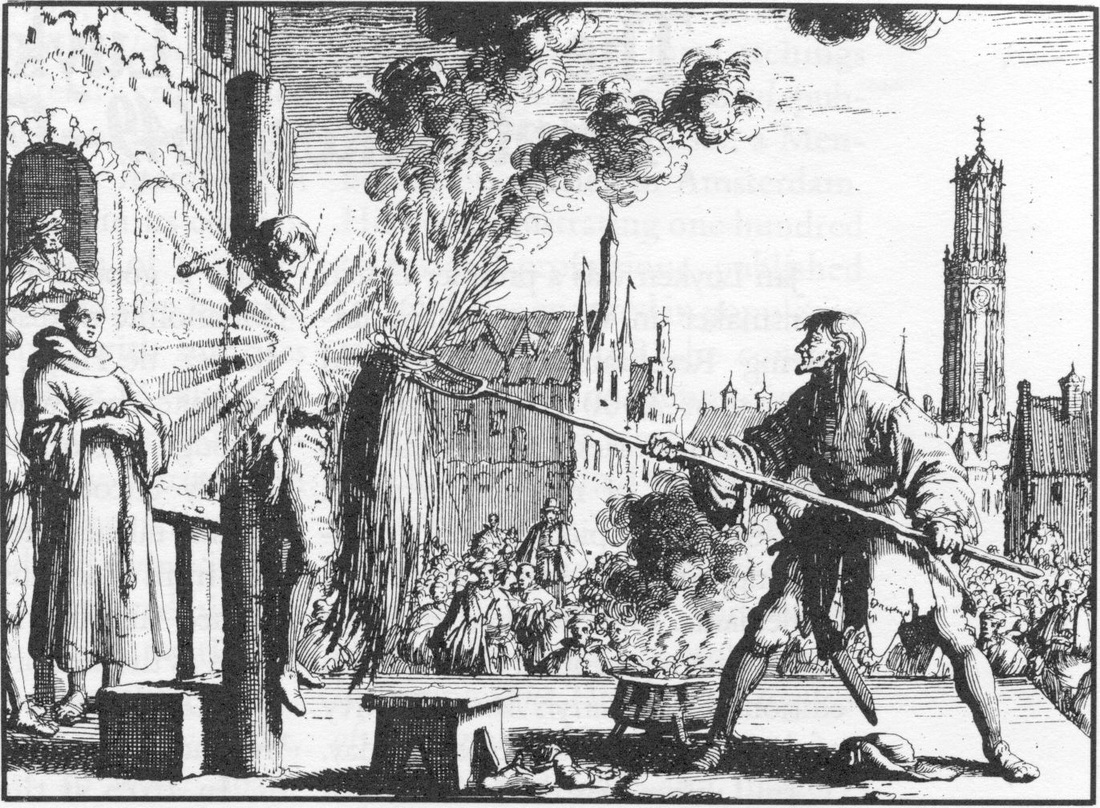 What if this book could tell its own story?

In many ways, as we research and discover how it ended up in our community, it does tell a story. If you wish to know more about this story and see this Martyrs Mirror, please call or visit the Amish & Mennonite Heritage Center.